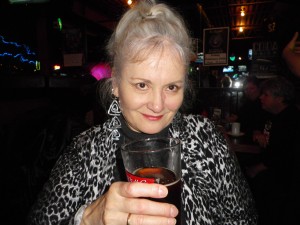 Join Debbie as she celebrates 3/4 of a century on this earth!

You’re all invited to join Debbie as she celebrates Stayin’ Alive, and living to the fullest upon turning 75 years old.  The band, led by Bill King on piano and keys, featuring Russ Boswell on bass, Charlie Cooley on drums, Peter Mueller on guitar and John MacMurchy on horns – and possibly more – will be backing Debbie.  For the first hour (7 – 8 pm), Debbie will sing songs which have been important to her during her long, illustrious career as a singer.  Then the stage will be turned over to singers and musicians who would like to sit in for a song or two with the band.  The jam, and celebration will continue until 10:30 pm.