SONG FOR THE DOCTOR, AND DOUG RILEY MEMORIAL CONCERT: 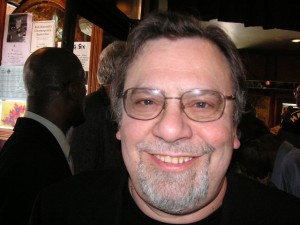 September 2007 – In Memory of a wonderful man, and musical genius – by Debbie Fleming

Doug Riley, ueber-talented keyboardist from Toronto, passed on suddenly Aug.27, 2007 at the age of 62.  He set the bar so high! Excelling in R&B, jazz, classical, blues — playing Hammond B3 and piano — it will be very difficult for anyone to come close to his genius.   My association with Doug was a long one, having recorded hundreds of commercial jingles and recording sessions under his guidance.  I like to say that owning my house is thanks to Doug Riley (and Trudel Productions, for whom Doug plied his talents).  The hole that is left in all our hearts and souls, now that Doug is gone, is huge, and we are all grieving, and missing him so.

Two days after Doug died, while carrying him around in my heart and soul every waking minute, the chorus of a song came to me. By the end of the day, I had written a song for Doug, called “Song For the Doctor”.  I sang it for some of my friends, and we all agreed we had to record it in Doug’s memory.  The response was nothing short of mind-boggling.

The recording of the song took place on September 23rd at Phase One Studios.  With everyone, including the studio, donating their time, and Lou Pomanti at the helm as MD, we had 43 singers, 12 musicians and a very helpful number of people looking after catering, photography, video, and making sure everyone was taken care of.  By the end of an 11 hour day, we had it all in the can.    Gary Gray  mixed it,  Charlie Gray mastered it and Accudub manufactured it.

We were so privileged that singers such as Jackie Richardson, Dione Taylor, Sharon Lee Williams, Shawne Jackson, Colina Phillips, Cal Dodd, Wayne St. John, Roy Kenner, George Olliver, John Finley, Molly Johnson, Danny B were there to add their voices to the rest of the choir.  All singers had worked with Doug over the years either in the studio, or on live gigs.  It was an amazing feeling among all of us, both vocally and spiritually,  and that translated to the recording, which was sold at the Memorial Concert in November.  The artwork was beautifully designed by Juno award winner, Michael Wrycraft — an 8 panel tribute in words and photos to Doug Riley.

During this concert, Song For The Doctor was performed as the grand finale to the show, with the full monte of singers and horns, as it was recorded. The CD single of the song was sold during intermission and after the show.  All proceeds for the sale of this song  go towards The Doug Riley Scholarship Fund through the U of T Faculty of Music.   Song For the Doctor may be purchased through our shopping cart . 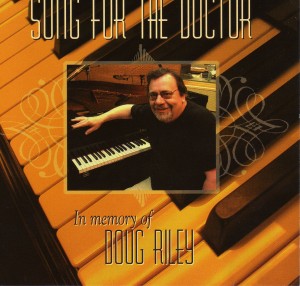 Song For The Doctor, CD Single, written by Debbie Fleming 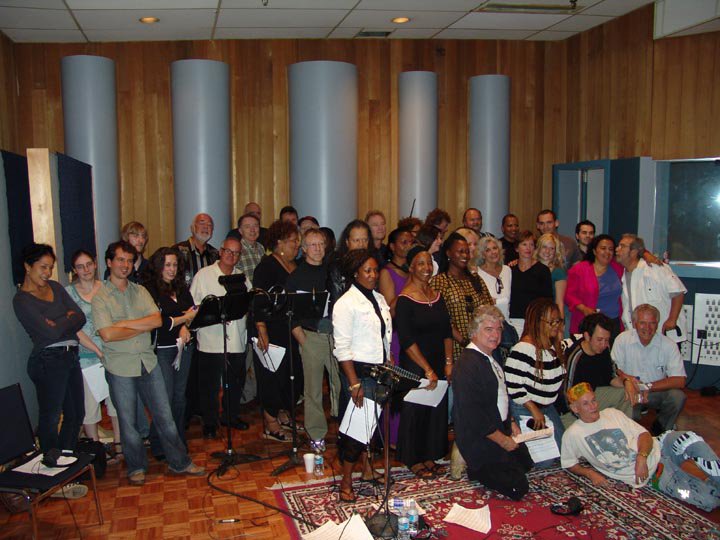 Singers and Musicians – Toronto’s Elite – who played on this CD are all together at Phase One Studios.